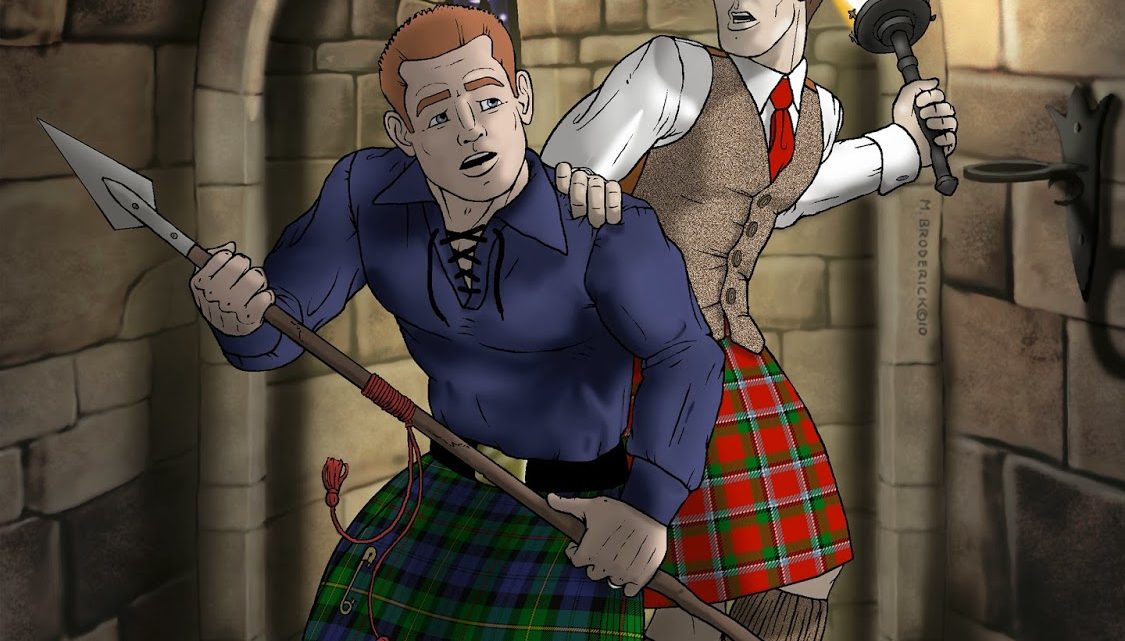 The wait is over and Glen and Tyler return to audiobook format and are getting their kilts on in Scotland. The book is available on Amazon, Audible, and iTunes.

In the second installment of the Glen & Tyler series, the guys find out what happens when you inherit a Scottish castle, tussle with international crime gangs and host formal balls. Yes, balls – with dancing and everything!

In typical Hardy Boys – er, Glen & Tyler fashion, there are secret passages, irascible old men, caves, missing treasure, fine liquor and kilts. Ok, the kilts thing is new – but believe me, you’ll like ’em. Although there isn’t much hockey this time around, there is shinty. There’s also some romantic anniversary thing, but really, stay for the shinty.

For those readers unfamiliar with the ancient sport of shinty, think hockey played on a field, without protective gear and with a solid rugby sensibility. Or a riot with sticks and a score keeper.

Dozens of characters, loads of action, and true love. You can’t go wrong with true love.

Seriously, come listen to me getting my brogue on.