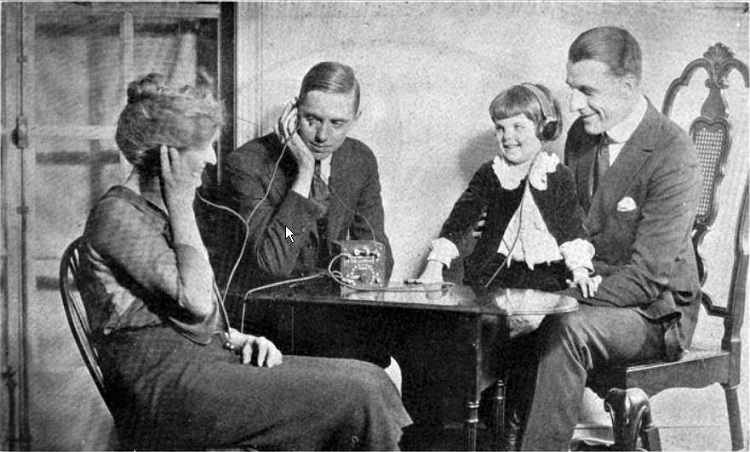 As the temperatures drop and the family is stuck indoors, here’s a list of some of my favorite audiobooks to listen to with the family.

This is a great activity to do in the house. It’s fun to group listen, you can work on other chores, and it keeps the TV off.

There are other audiobooks out there, and I encourage you to find them, but this list is primarily ones that are enjoyable by folks of all ages. Nine to Ninety-Nine, as they say.

#1 Harry Potter and the Sorcerer’s Stone by J.K. Rowling

I’ll start with the no-brainer. This is already and incredible book (the whole series is a joy), but the audiobook, narrated by Jim Dale is fantastic. The man brings these characters to life in a way that leave the rest of us voice actors in awe. He holds the world record for 146 different voices for the final book in the series, Harry Potter and the Deathly Hallows.

I have friends that have all seven books on their audio players and just rotate through the series every few months or so. And by friends, I mean myself as well.

If you’ve ever wondered what would happen if you mixed Watership Down with The Lord of the Rings, this is what you’d get. Redwall (the name of the first book and the series itself) is a variety of tales in and around the great Abbey of Redwall. The world, created by the late Brian Jacques, is populated with talking mice, rabbits, badgers, and other forest creatures. They help each other, defend the weak, and have grand adventures.

This enthralling tale is jam-packed with the things we long for in a great adventure: danger, laughter, hairbreath excapes, tragedy, mystery, a touch of wonder, a truly despicable villain, and a hero we can take to heart.

That hero is Matthias, a young mouse who must rise above his fears and failures to save his friends at Redwall Abbey. The villain is Cluny the Scourage, one of the most deliciously despicable rats of all time. The unforgettable cast of supporting characters includes the stalwart badger Constance, an irrepressible hare named Basil Stag Hare, and the elderly wisemouse Brother Methuselah.

What makes these doubly-good as audiobooks is the fact that they are done in full cast productions, something very rare and truly wonderful when done right.

None of the books in the series are part of a larger arc, as is common these days. Instead each book takes place at different time in the history of Redwall Abbey. This means you can listen to them together or months apart. But, before he passed away, Jacques wrote twenty-three Redwall books, so you may want to get cracking.

In addition to being a great fantasy/sci-fi mash-up, the book is a great way to introduce young listeners to the concept of the anti-hero. The titular character is a genius, but is young and (let’s say) ethically challenged. He learns a lot about friendship and loyalty along the way and (eventually) does the right thing. The entire novel is full of snarky wit, which is why the author, Eoin Colfer, was tapped to take over the Hitchhiker’s Guide to the Galaxy series.

Twelve-year-old Artemis Fowl is a millionaire, a genius-and, above all, a criminal mastermind. But even Artemis doesn’t know what he’s taken on when he kidnaps a fairy, Captain Holly Short of the LEPrecon Unit. These aren’t the fairies of bedtime stories; these fairies are armed and dangerous.

Artemis thinks he has them right where he wants them but then they stop playing by the rules.

The main character is Irish and the audiobook is chock full of wonderful accents that take you away. Grab the whole series, there are eight books in all. Colfer also has a number of one-off books that are excellent reads as well, if you don’t want to dive into a whole series.

#4 The Bad Beginning by Lemony Snicket

The first book in A Series of Unfortunate Events, is a great little story about three orphans who have to survive the deaths of their parents and an evil Count that wants their fortune. Each of the thirteen novels aren’t very long, but they are all deliciously narrated by Tim Curry.

If you’re curious, the movie, starring Jim Carrey, was assembled from the first three books in the series.

#5 The Thief Lord by Cornelia Funke

I wanted to include at least one stand-alone book on this list, and this was what I thought would be the most fun for a family to listen to together.

Welcome to the magical underworld of Venice, Italy, where hidden canals and crumbling rooftops shelter runaways and children with incredible secrets…

Prosper and Bo are orphans on the run from their cruel aunt and uncle. The brothers decide to hide out in Venice, where they meet a mysterious thirteen-year-old boy who calls himself the “Thief Lord.” Brilliant and charismatic, the Thief Lord leads a ring of street children who dabble in petty crimes. Prosper and Bo delight in being part of this colorful new family. But the Thief Lord has secrets of his own. And soon the boys are thrust into circumstances that will lead them to a fantastic, spellbinding conclusion.

Of course, if you want more of Funke’s work, check out her Inkheart series about a man who, when he reads a book aloud, the work literally comes to life. You could say we audiobook narrators have a soft spot for that kind of thing.

Since it’s that time of year, I recommend pulling this one out and giving it a listen. Even if you’ve seen ten different film versions (my personal favorite is the Muppets’ version), it pays to get into the original and get the full story.

It’s public domain, so you can pull it down for free from LibriVox or Project Gutenberg. However, I highly recommend grabbing the version narrated by Jim Dale. The one-man play version recorded by Patrick Stewart is also great, but it’s abridged (which may be good for you time-challenged folks).

Did I miss a book that your family can’t live without? Let me know in the comments below. I may just update the list annually with new stuff as I listen to more audiobooks.